There’s been a lot of wailing and gnashing of teeth lately about the sight of masked protesters at anti-fascist demonstrations. Common complaints or concerns we’ve heard leveled against masked protesters is that they make other demonstrators feel unsafe, they bring the tone down or that they seem as though they must be looking for trouble. It’s true that masked protesters are hard to ignore at anti-fascist demos, but I would argue that their presence has more to do with the prevention of violence than its promotion. If you’re critical of masking up as a tactic, or feel unsafe when masked individuals pop up from time to time, please read on. I hope to allay your concerns, but in doing so I may need you to join me in accepting one or two uncomfortable truths. Let’s not get ahead of ourselves, though… 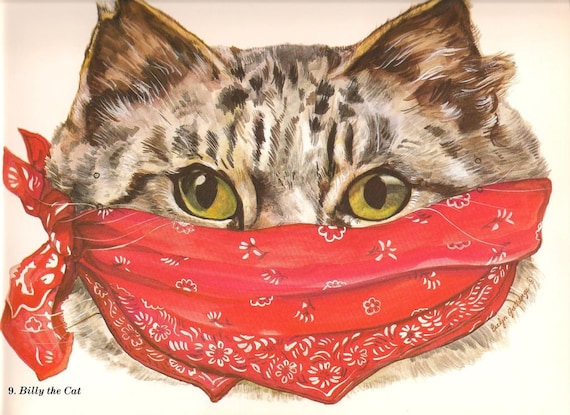 Bandana cat watches you while you Nazi.

“They make me feel unsafe”

Yeah, I get it, people running around in masks amid a cacophony of shouting, colours, banners etc. It is confronting. It is frightening. It is also reality and it isn’t going anywhere by you disapproving of it. If you’re paying attention to the UPF and you don’t feel unsafe yet then that says two things to me. One: You aren’t paying enough attention, and Two: Maybe you should have a think about why that is. Putting their violent ideology to the side for one moment, the UPF is run by violent thugs who have managed to consolidate other groups of violent thugs into a big, happy, violent thug menagerie. Let’s make no bones about it- these men are violent, they are dangerous, and they are very, very public about both of these things. That’s the reality that we and (I hope) you are organising in. We are dealing with scary frigging people, trying our best to look lovely and friendly and approachable isn’t much of an option. Keep thinking about why masked protesters make you feel more unsafe than Nazis, because it might come up later.

“Masked protesters are looking for trouble”

Not really. If you take the time to really pay attention to the behaviour of most masked demonstrators on the day, you won’t notice much in the way of spectacle. While it’s true that biffs break out on the ground between Nazis and anti-Nazi demonstrators, you’ll tend to notice that the people who get involved are neither all masked nor all unmasked at the time (including Nazis). For every photo of a masked protester throwing a projectile through the air, there are a dozen people in masks not up to much at all, holding signs and milling about like everybody else. In fact, if you respect masked protesters like you would any other partner in a struggle, they’ll respect you and if you keep an eye out for them, they’ll keep an eye out for you. After all, wearing a mask does give an activist the agency to be able to extricate a comrade from a shit situation swiftly, and without compromising their identity…

“I knew it! The only reason their identity needs protecting in that situation is so the police can’t bang them up when they act like hooligans!” you gasp, in that unflattering way you have.

Again, not really. People are rarely arrested at anti-fascist demonstrations in Melbourne, but even so, if the police are determined to strike, a mask won’t stop them picking people out of a scrum. Remember back in my first point, when I told you the Australian far right are a violent and credible threat? Of course you do, you’re a quick learner. Well, here’s what activists face online when Nazis even speculate that it’s them wot done it (whatever it is that day).

How would you like to read the above and realise it’s you they’re after?

Now, the easy way out of thinking about this is to point out that the above are all keyboard warriors. There’s no way of knowing if that’s true or not, and the UPF et al’s online membership comprises most active street-level neo-Nazi thugs in Melbourne. Even if the people above are just twiddling their thumbs in the basement, they’re giving out the names, photographs and sometimes home suburb information of activists accused summarily of usually minor indiscretions (flipping the bird, being gender-non-conforming, shouting) but also sometimes the kind of shit that really gets patriots hot under the collar (women hitting men who can’t hit them back, shoving, flag singeing etc). This information is accessible to the kind of chaps I introduced you to earlier. But y’know, it’s not like a neo-Nazi keyboard warrior ever hurt anybody…

Remember when I asked you to think about why masks are scarier than Nazis? Good. I’d like to posit that it’s because you’re not in danger yourself. I don’t want you to feel bad about that, I hope you’re not in any danger. You seem nice. But many of the activists who work tirelessly to oppose fascist street-level organising aren’t so lucky. They don’t all have cars that keep them off the streets, they often live in the same suburbs as the neo-Nazis themselves (i.e. not very nice ones), some of them have the kinds of crappy jobs or houses they could lose at any moment, some of them aren’t white. What I’m trying to say is that activists are putting themselves in harm’s way all the time opposing fascism, and that harm comes from credible sources of violence. You have to understand that.

Masks aren’t a license to fuck shit up, they’re a license to go home at night and crawl into bed without checking under it first. You don’t have to wear one, but if you see somebody who has decided to, respect their decision. Don’t insist that they take it off, lest everybody look bad. Don’t ask them, why?, and don’t shove cameras in their faces.

See you at the next rally. I’ll be the one wearing… oh, never mind.